Kate Miller-Heidke makes music that effortlessly melds indie-pop, folk and opera. She is the only artist in history to perform at Coachella, the New York Metropolitan Opera, and the Eurovision Song Contest. Kate’s heartfelt performance and the out-of-this world staging of her song ‘Zero Gravity’ won her first place in her semi-final and a top ten placing at the Eurovision Grand Final in May 2019.

Her triumphant return to Australia to perform at the Adelaide Cabaret Festival was hailed with rave reviews by critics... “One of the best concerts I have ever attended” - Stage Whispers. ★★★★★ - Adelaide Advertiser. ★★★★★ - Limelight.

Now Kate is heading out on the road, showcasing her incredible talents across the country. She will be joined on stage by vocalist Jess Hitchcock, cellist/pianist Isaac Hayward and long-time collaborator/guitarist Keir Nuttall, fresh from their success writing the music and lyrics for 'Muriel’s Wedding: The Musical'. These talented musicians will come together for a set that encompasses brand new versions of her most beloved material – including hits like ‘The Last Day on Earth’, 'Caught in the Crowd’ and ‘O Vertigo!' – plus a sneak preview of brand spanking new songs.

Let Kate’s masterful songwriting and ethereal voice take you where there’s zero gravity. Don’t miss Australian music’s brightest star in a stellar performance unlike any other. 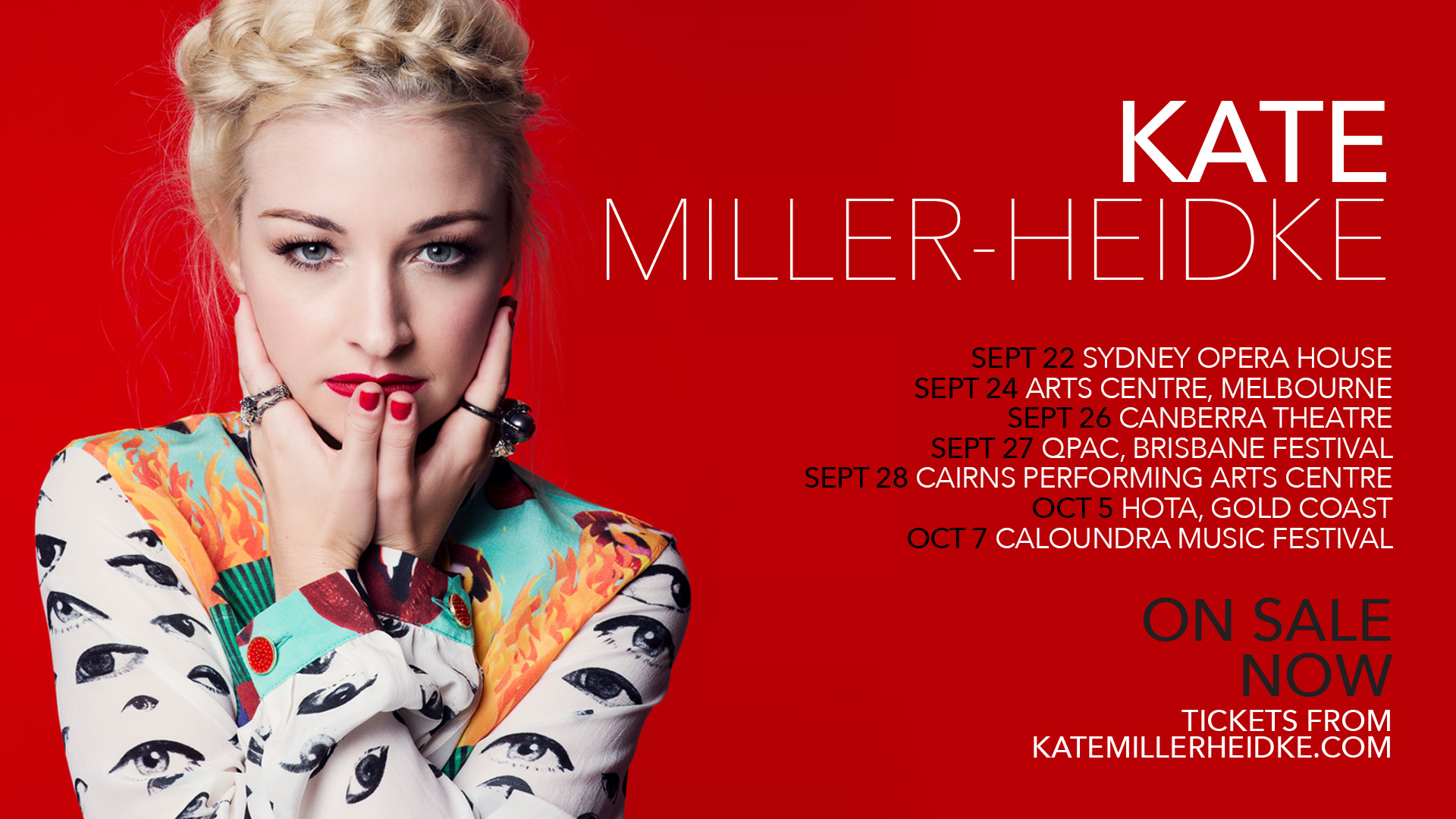